Tokyo-born and Sydney-residing Nyxen has had a whirlwind career thus far. With an ever-expanding catalogue of dynamite electronic tunes and a loyal following in tow, Nyxen has amassed over 16 million streams, sold out her debut headline national tour, and performed at some of the biggest festivals in the country.

Following on from early success as a triple j Unearthed Feature Artist, and winner of the Unearthed slot to perform at 2017’s Field Day, Nyxen has made waves on dancefloors at Splendour In The Grass, Lost Paradise, Output Listen Out, and Snowtunes with her understated, impactful vocals and atmospheric instrumentals.

With the addition of emotive and dark single ‘In The City’ to triple j rotation, and an abundance of consistent support from the Unearthed team and both global and domestic media, Nyxen added a performance in support of Golden Features on his highly anticipated 2018 national tour to her ever-growing resume.

Follow up single ‘Chains’ saw this buzz continue as a high rotation record, with Purple Sneakers dubbing it “daringly multi-faceted…a new evolution of Nyxen.” Supporters both new and existing latched on to the track’s fusion of dance and rock, seeing Nyxen play her first ever sold out national headline tour in January this year.

Continuing her ascent into the live electronic music realm, Nyxen joined Perth trio Crooked Colours on their national Langata tour in May, leading into the release of her new single ‘Insomnia’. Inspired by the concept of retro futurism and its gritty and dangerous depictions, Nyxen’s creation of a dark and dreamy mix of sounds will see her set on an upward trajectory to dominate the electronic music scene in 2019. 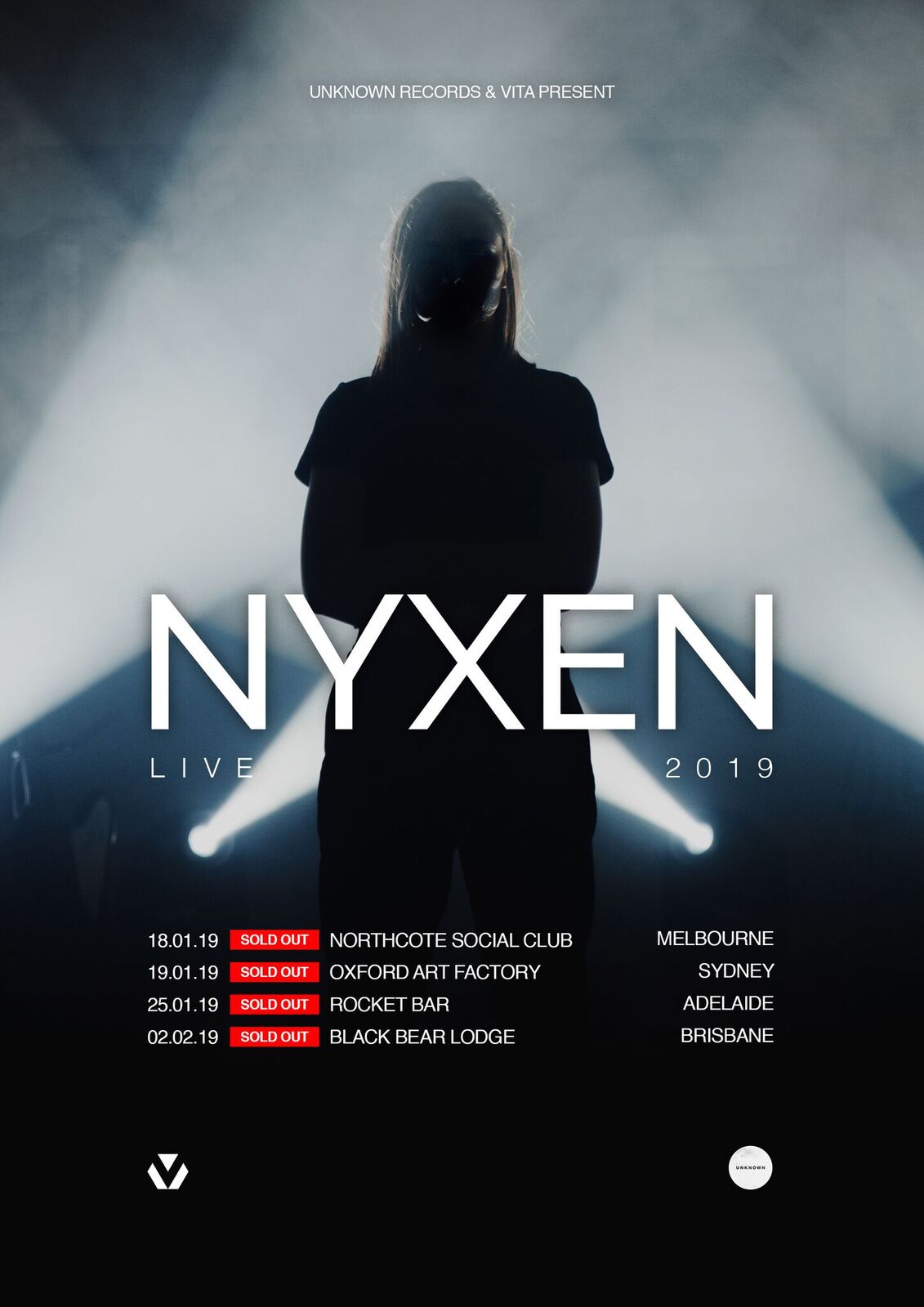 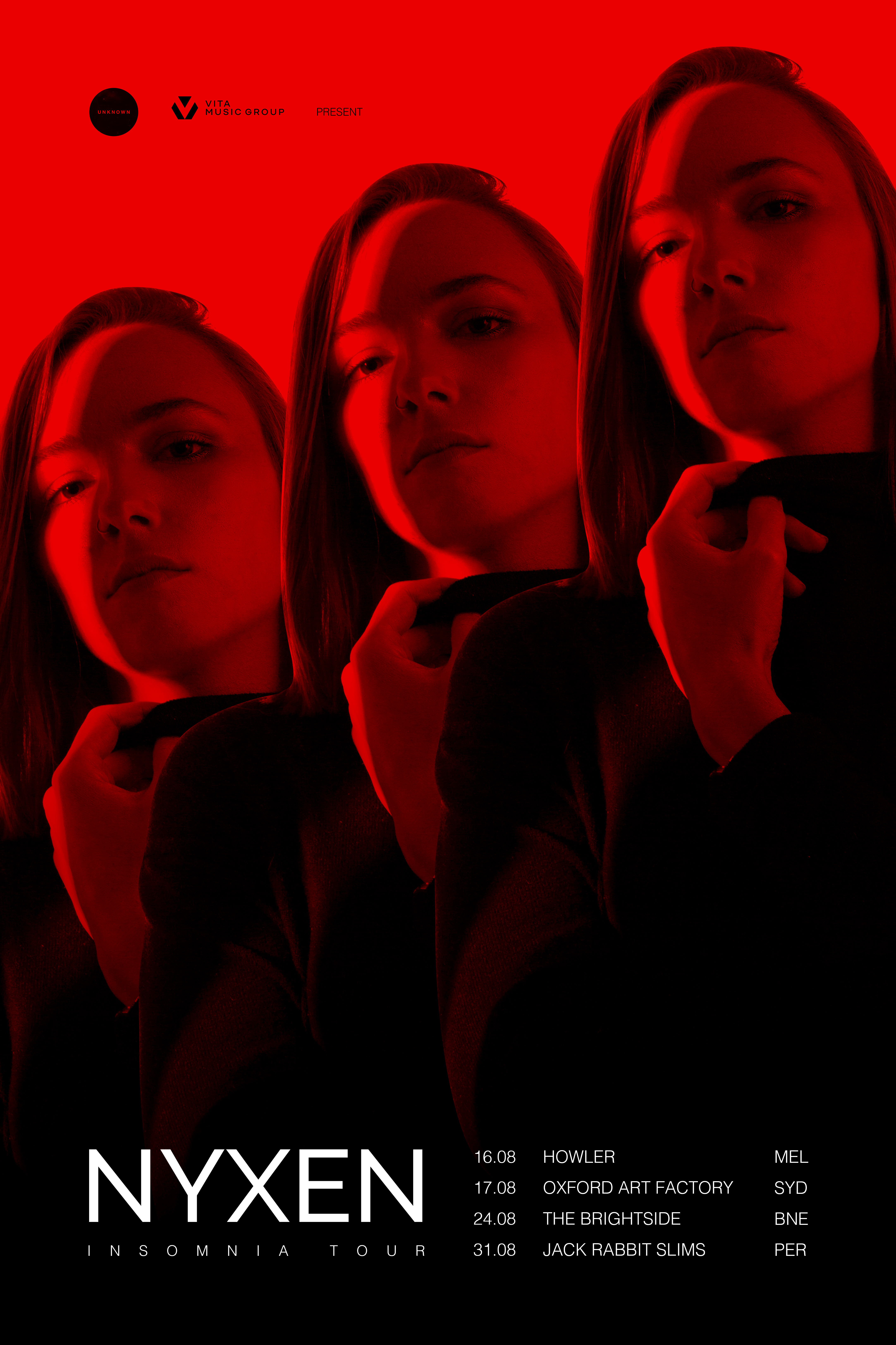